Get the Best Care for your Hair 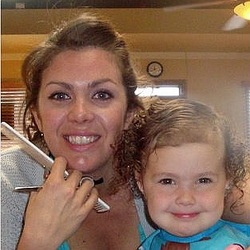 Kelly was born in Scotts Valley and was raised in Santa Cruz and Bonny Doon. She was interested in becoming a hairstylist from a very early age, including playing salon with her Barbie dolls as a child (even cutting off their hair, much the dismay of her parents.) While attending Santa Cruz High School, Kelly was the go to stylist of all her friends, doing color and styles for fun and special events such as Prom and Homecoming.

In 1997 Kelly decided to make it official by graduating from Wayne's College of Beauty. Kelly then accepted a position at a Capitola salon where she was eventually promoted to shift manager. During her time there, she earned a reputation for great customer care. Kelly was next recruited for the position of manager at a busy salon in Scotts Valley, being noticed for her accomplishments in Capitola.

During the dozen years that Kelly has worked as a professional, she has attended at least 30 advanced training seminars in the Bay Area, Palm Springs and Las Vegas, focusing on such subjects as men and women's haircuts, styling, trend cutting and color. Kelly is professionally trained in both Redken and Paul Mitchell color.

In March of 2010 Kelly made the move to Cookie's Cutters Salon in Scotts Valley offering haircuts, styling, grey blending, highlights and color for the entire family.

Kelly's clients and they will tell you that she cares deeply about the quality of her work. She is committed to providing excellent customer service, listens attentively and gives 100% of herself.